I wrote this back in 2010, but I’d like to include it here and say that this is the start of our local Umbrian Wineries features!

We need to introduce everyone to the delights of Cantina Tabarrini, they are, to our minds and taste, one of the best, most innovative,  local producers Umbria has to offer.

The wine-maker is the owner – Giampaolo, he, together with his wife Federica form a formidable team.  A lot of the cantine (wineries)  stick with traditional methods and don’t get me wrong,  make the most fabulous wines – however,  Giampaolo breaks with tradition and innovates, with amazing results.

Think of any wine-related question or idea and Giampaolo has thought of it years before and either discounted it or incorporated it in his wine-making!

He is one of the first wine-makers here in Umbria to make a Rosè – Boca di Rosa – from 100% Sagrantino grapes, with spectacular results.  Mark hosted a visit to Tabarrini with Jody Ness from Wine Portfolio – a  TV programme that goes out world-wide on World CNBC.  Jody is a sommelier and a restaurateur and he found it difficult to categorise this wine – it’s  powerful; on the bottle the strength is put at 15% but really it’s 16.2 %!   The surprise is that it’s dry and fruity, looks like a Rosè, has a bouquet of a white,  yet tastes like a red.

Jody said that as a restaurateur he habitually tries to pair the wines he tastes with a dish – with this Rosè he couldn’t because it would go with anything!  Fish, cheeses, meats or even dessert.  A wine that could take you through a whole meal.

Tabarrini also produce Sagrantino, of course. Well, actually they make THREE – make that FOUR if you include the dessert wine – Sagrantino Passito –   I’ll pass to Mark to fill in the info on these!

Colle Grimaldesco – The so-called entry-level Sagrantino – still enough to make you grin when you’re handed a glass though and only released after four years of being refined in French barriques and in the bottle!

Campo alla Cerqua –  The most approachable of the trio, produced from a single vineyard with lighter, looser soil than the others, this has great balance and well-controlled tannins as this wine is aged only in large French oak barrels for four years. It has a very limited production of fewer than 2000 bottles a year.

Colle alle Macchie –   – This is the big boy – not one for the faint-hearted, with a spectacular bouquet and endless finish.  25 -30 months in French Oak.  Then around 3 years refinement in the bottle. You won’t see this one until a minimum of 6 years after harvest!

Colle Grimaldesco Passito – We LOVE this! Smooth and totally moreish! I take a great deal of pleasure from seeing the grapes drying on the special racks in lofts exposed to the elements to allow fresh air to circulate around the grapes for a natural desiccating process.  90 days of this, and you don’t have much juice left, but what is there is the nectar of the gods!

Plus, and I’m sure Giampaolo won’t mind me blowing his trumpet – Robert Parker has reviewed Tabarrini’s Sagrantino family and they all got over 90 points  – Campo alla Cerqua & Colle alle Macchie were both awarded 93 points!  Way to go Giampaolo!

LATE NOTICE!!! Thursday 28th March 2013 Wine Tourism and the Future of the Montefalco Wine Industry (Translated from the Strada del Sagrantino events page.)   The American wine tourism is one of the segments of the wine industry in Europe with the most rapid growth. But what are the needs of the tourists who come…

Venice is always a great city for a celebration! Although we have missed the Carnevale, we can’t wait to get to Venice next week and try some of the local wines of that region! While we have never been big fans of fizz, we are keen to have a sip or three of the Prosecco!… 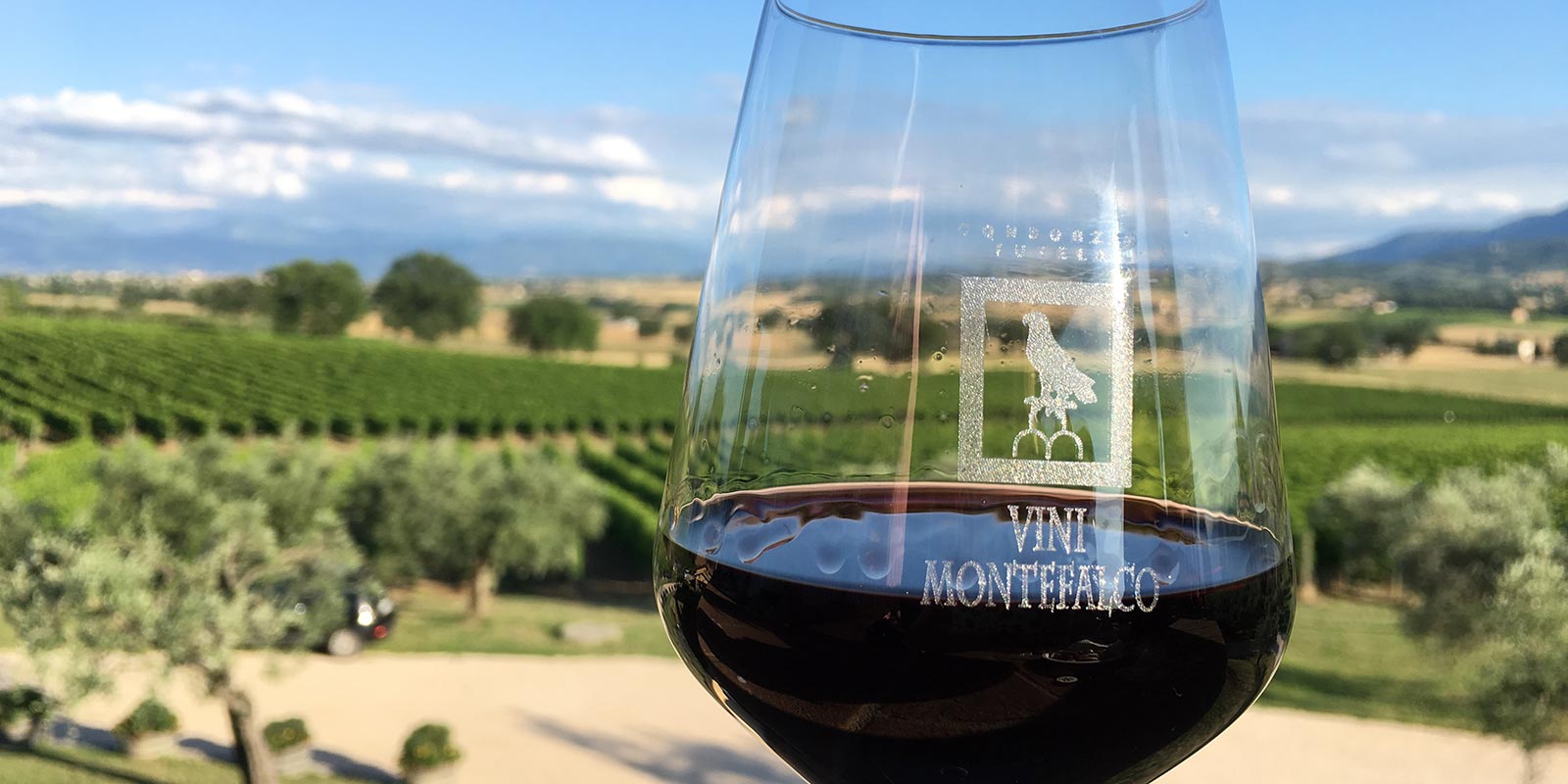 We have the perfect job!  We love wine and we do wine tours concentrating mostly on the Montefalco area of Umbria. Why Montefalco?  Well, we think the wines produced in this small area of Umbria are nothing short of spectacular – and they’re right on our doorstep! The king of the wines here is the…

13th March 2015   We are DELIGHTED to say that we have now sold 101 tickets!! This means that the Grand Prize Draw will take place after midday (Italy time!) on Friday 3rd April!  Now we want to reach 200 tickets!  Only €5 per ticket!  A bargain … and to sweeten the deal, we have…

2020 has been an extraordinary year, hasn’t it? After 10 wonderfully successful years running Gusto Wine Tours, 2020 has been one of the oddest years we have ever encountered! With that in mind, we are very excited to present our newest adventure – Club Gusto. Wine with food, exclusive discounts and more – sign up…